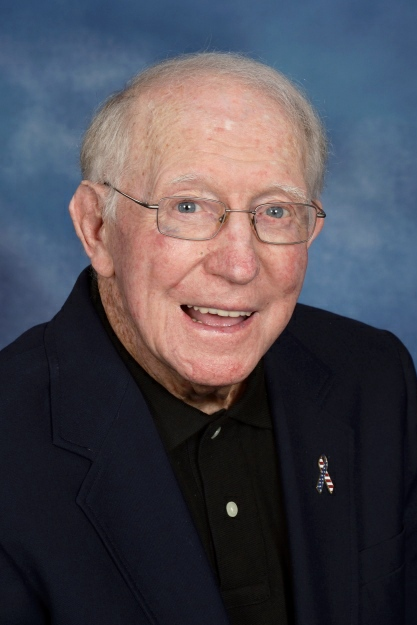 MARION, Va. William Fred Fowler, age 93, died Sunday, December 10, 2017 at Durham VA Medical Center, Durham, N.C. He was born September 11, 1924 in Seven-Mile-Ford, Va. to the late Mac. C. and Susie Anderson Fowler. Fred almost always could be found wearing a smile with a friendly hello to just about everyone he came in contact with. He was faithful to his God, his family and his country. Fred was an active and long-time member of Marion Baptist Church. He and his wife never had children of their own; however, the many nieces and nephews were the absolute joy of their lives. Mr. Fowler served in the United States Army, Infantry Division during World War II. He was a prisoner of war in Germany during his World War II service and was the recipient of the Bronze Star and two Purple Hearts. He was a proud member of Marion VFW Post #4667. Fred moved to Miami, Florida, in 1957 and started his 32 year career with National Airlines /Pan American Airlines, until his retirement and return to Marion in 1989. Fred was a true hero, friend, and bright spot in his family. In addition to his parents, he was preceded in death by his wife, Gray Bales Fowler; brothers, George W., Joe, and Paul Fowler; sisters, Ruby Fowler Haulsee and Becky Pack. He was a cherished uncle and great-uncle to Nanette, Mark, Grant and Delane Smith; Dianne Fannin, David Scott and family; Monnie, Jay, Ethan, and Jacob Richardson. Also surviving is a special friend, Eva Barton. Funeral services will be held Saturday, December 16, 2017 at 12 noon at Marion Baptist Church with Dr. Charles Stewart officiating. Burial will follow in Laurel Springs United Methodist Church Cemetery with Military Rites conducted by Francis Marion VFW Post #4667. The family will receive friends Saturday from 11 a.m. until 12 noon at Marion Baptist Church. In lieu of flowers, memorial donations may be made to Marion Baptist Church, 1258 North Main Street, Marion, VA 24354; Mt. Carmel United Methodist Church, 4329 Lee Highway, Marion, VA 24354; or Laurel Springs United Methodist Church, c/o Bobby Stamper, 377 Grubmore Road, Marion, VA 24354. Expressions of sympathy may be made to the family at www.seaverbrown.com. Seaver-Brown Funeral Service and Crematory is honored to serve the family of William Fred Fowler.
To order memorial trees or send flowers to the family in memory of William Fred Fowler, please visit our flower store.