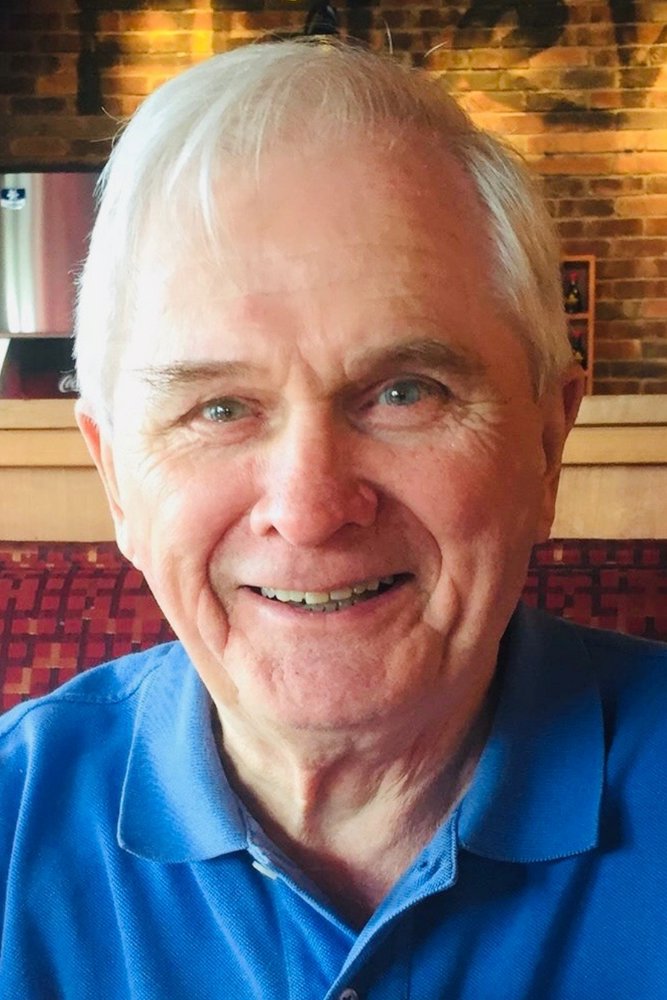 Ron Shaddeau was born in Norfolk, VA on December 17, 1940, to Louis and Estelle (Adylette) Shaddeau. ‘Ronnie’ grew up in Berkley, a neighborhood of South Norfolk. He was a part of the lost class of 1958 at Maury High School when local high schools were shut down due to Virginia’s Massive Resistance campaign against desegregation and shortly after, entered the United States Air Force. During his time in the Air Force, he was stationed at Spangdahlem, AB, Germany, and Lincoln AFB, Nebraska. Upon returning to civilian life, he began a lifelong career in sales. As a consummate sales professional, he retired from Cox Communications, winning multiple salesman of the year awards. He also earned numerous sales excellence and leadership awards in the grocery industry.

While living in Smyth County, VA, Ron was an active member of Cedar Bluff Baptist Church and helped lead the church’s softball team ministry. In his retirement, he was actively involved in Berkley and Maury reunions or visiting his grandchildren. Ron also enjoyed attending Virginia Tech and Old Dominion football games and spent many days working outside in his yard. He was always on the sidelines, cheering on his grandchildren’s sports, never missing the opportunity to spend time with those he loved. Ron was known to speak to everyone he encountered with sincerity, he enjoyed lifting others up and frequently offered words of encouragement to family, friends, and strangers alike. Most of all, he loved the Lord Jesus with all his heart. He leaves this world, allowing us to remember his contagious smile and the twinkle in his eyes.

He is survived by his son, Rodney Shaddeau and wife, Karen of Gainesville, FL; his daughter, Brook Vernon and husband, Bryan of Marion, VA. Two sisters, Marlene Currie and husband, Bill of Franktown, VA and Deborah Hirtes and husband, Steve of Chesapeake, VA. He was the beloved grandfather to five special grandchildren – Zachary, Alyssa, Garrett, Willem, and Ava. He is also survived by several nieces and nephews. Friends who held a special place in his heart include Danny Powell, Martin Oliver, Bob and Betty Davis, and Les and Ann Miller.

Services will be held at the Woodland Heights Baptist Church in Chesapeake, VA on Friday, February 7th, 2020 at 1 pm. A celebration of life for family and friends will follow in the Woodland Heights Fellowship Hall. A private graveside service will commence at the Albert G. Horton, Jr Memorial Veterans Cemetery in Suffolk, VA for family.

To order memorial trees or send flowers to the family in memory of Ronald Lee "Ron" Shaddeau, please visit our flower store.