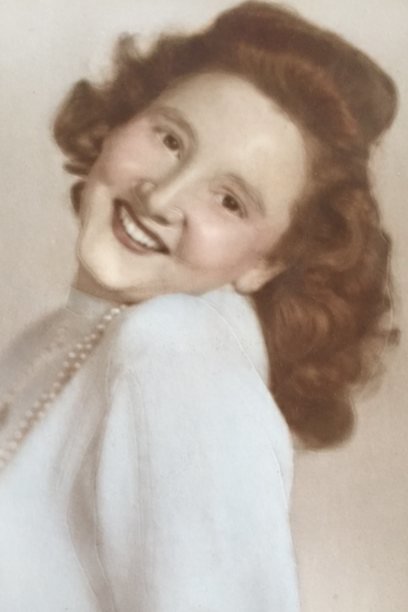 PORT CHARLOTTE, Fla. Lillian Nell Earnest, age 91, passed away in her home in Port Charlotte, El JoBean, Fla. on January 26, 2017 with her older sister and two of her beloved nieces by her side. She is survived by her sister, Agnes Finney Cain Wieland; eight nieces, three nephews; and a slew of great and great-great nieces and nephews. She was preceded in death by her husband, Dwight O. Earnest; sisters, Edna (Hamm) Aker, Peggy (Hamm) Hirsch and her brothers, Walter S. and F. Ralph Hamm. She was born on July 18, 1925, to Walter Jackson and Gladys Meek Hamm in Rising sun, Maryland. She lived there with her two brothers and three sisters until their mother died in 1928. Nell and her five siblings were separated and sent to live with various family members. One sister was adopted by a family in Baltimore. Nell went to Sugar Grove, Va., with her older sister, Agnes. Agnes was a teacher and taught Nell in a one room school. They grew up together there until Nell met and fell in love with Dwight Earnest. They married in 1946. Early in their marriage, they lived in New Castle, Del in the same housing development as Nell’s older and younger brothers. It was there she forged a bond that lasted a lifetime with her nieces. Each one loved her, adored her as if she were their own mother. Nell and Dwight moved to Hurricane, W.Va. Nell worked for the West Virginia Water Company for more than 16 years. She and Dwight retired to Port Charlotte, El JoBean, Fla. with two of her sisters more than 30 years ago. Dwight and Lillian Nell were married for more than 63 years. Their relationship was an inspiration to all who knew them. They never had any children of their own, so their nieces and nephews played an important role in their lives. Nell dearly loved her husband and her large and often boisterous family. She brightened any room she entered with her smile and her outrageous sense of humor. She will be sorely missed by all who knew and loved her. A viewing will be held at 10 a.m. on Monday, January 30, 2017 at Elizabeth Methodist Church, Sugar Grove (Teas), Va. A celebration of her life will follow at 12 noon. Interment will be Wharfhill United Methodist Church Cemetery/Ridgelawn, Sugar Grove, Va. Expressions of sympathy may be made to the family at www.seaverbrown.com. Seaver-Brown Funeral Service and Crematory is honored to serve the Earnest Family.
To order memorial trees or send flowers to the family in memory of Lillian Nell Earnest, please visit our flower store.