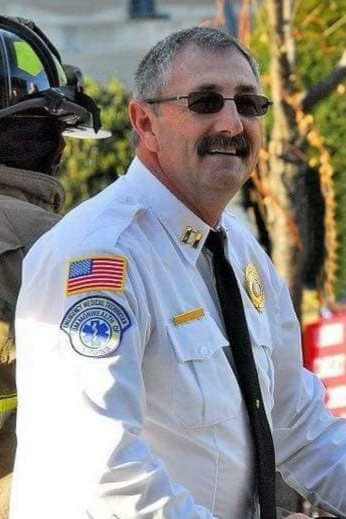 He was born May 5, 1952 in Welch, West, Va. to the late Curtis and Patty Blevins Perry. Jackie Perry was a hardworking, dedicated, caring, and loving husband, dad, and Paw. Mr. Perry worked for the Town of Marion for 41 years and retired as the Director of Public Works. Jackie spent his entire life working for and serving others and was the “rock of the family.” His passing leaves a void in so many places, especially the hearts and lives of all who knew and loved him.

In addition to his parents he was preceded in death by his step-father, Bobby Cline; and brother, Johnny Cline.

The family would like to extend much thanks to Jackie’s extended family, Town of Marion co-workers, Fire and EMS friends, and Richardson’s Ambulance Service.

Funeral services will be held Wednesday, June 6, 2018 at 2 p.m. at Freedom Tabernacle Baptist Church, Atkins, Va. with the Reverend Mike Sage officiating. Burial will follow in Round Hill Cemetery, Marion, Va. The family will receive friends Tuesday, June 5, 2018 from 5 until 7 p.m. at Seaver-Brown Chapel.

Expressions of sympathy may be made to the family at www.seaverbrown.com. Seaver-Brown Funeral Service and Crematory is honored to serve the family of Jackie Perry.

To order memorial trees or send flowers to the family in memory of Jackie D. Perry, please visit our flower store.