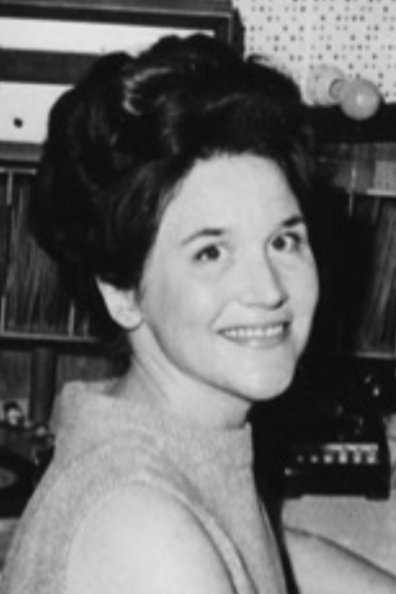 She was born on March 23, 1931 in Petersburg, Virginia to Waverly Wilkins Rogerson and Rosa Kevan Rogerson. Betty spent her early childhood in Evanston, Illinois. Due to the untimely death of her father, she moved with her mother and sisters to Marion, Virginia where she graduated from Marion High School. At age 16 she began her studies at The Neighborhood Playhouse School of Theatre in New York City. Deciding it was important to add academics to her theater arts, Betty chose to attend Mary Baldwin College. While at Mary Baldwin, she was offered the opportunity to tour with Barter Theatre based in Abingdon, Virginia. The group toured the country, and Betty played various leading roles such as Emily in Our Town by Thornton Wilder. When the tour ended she attended the University of Tennessee in Knoxville where she continued in performing arts and joined the University’s theater group.

As much as Betty loved the stage, a new love brought her back to Marion. She married local businessman and WWII veteran James S. Scott on June 25, 1952. She settled happily into her new role as wife, mother and homemaker. Her artistic nature continued to find expression, this time in the visual arts. Her creations included oil paintings and artistic pieces that used unexpected materials. She was able to transform everyday objects into works of art. Betty enjoyed singing, gardening, reading and playing bridge with friends. She was an active member of Christ Episcopal Church where she taught Sunday school and sang in the church choir. She loved music and you never knew when she might “break out in song”.

Betty found her niche in radio. She produced, directed  and hosted The Betty Lee Show each weekday morning. She researched and selected music, poignant and meaningful vignettes, recipes, and DIY projects of interest to her listeners.

In addition to her parents and husband, Betty was preceded in death by her sisters, Rosa R. Lemmon and Waverly R. Moss; and brother-in-law Willard “Bill” Lemmon.

Heartfelt appreciation goes to the staff of The Wendover Hospice House in Shelby, NC for their capable and empathetic care of Betty and her family during this difficult time.

A memorial service will be held Tuesday, August 3, 2021 at 11 a.m. at Christ Episcopal Church, 409 West Main Street, Marion, VA. Burial will follow at Rose Lawn Cemetery, 4410 Lee Highway, Marion VA. The family will receive friends Tuesday, from 10:30 until the time of service.

To order memorial trees or send flowers to the family in memory of Elizabeth Rogerson "Betty" Scott, please visit our flower store.