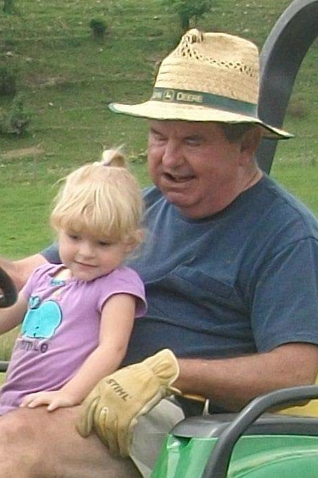 Peanut was a loving husband, father and papaw. He was crazy about his family. Mr. McCormick was so proud of his son Tony and wife, Brianne and their children. Peanut was a charter member of the Atkins Volunteer Fire Department where he was treasurer and an honorary member for many years. He loved to make people laugh whether at home or on the job. Peanut worked at Virginia House for 23 years and then retired from Hungry Mother State Park. His laugh and gentle ways will be missed.

He was preceded in death by his parents, Howard Sr. and Helen McCormick; brother, Howard "Chunky" McCormick; and infant brother, Gary Dale McCormick.

The family would like to extend a special thank you to New Century Hospice and neighbors who have helped.

To order memorial trees or send flowers to the family in memory of David "Peanut" McCormick, please visit our flower store.